I decided to share on my blog only more substantial sales from the two online photo agencies I submit my images to. Getty Images have some very low tariffs for low resolution images, so some of their sales amount to as little as a dollar or so per image. I make such small sales nearly every month but it has been a while since I had a good sale. So I was pleased to learn that back in December I sold a license to this image to one of the world's largest film and TV production companies based in London. I do not know how or where the client is going to use my image as this is not something Getty Images communicate to photographers. 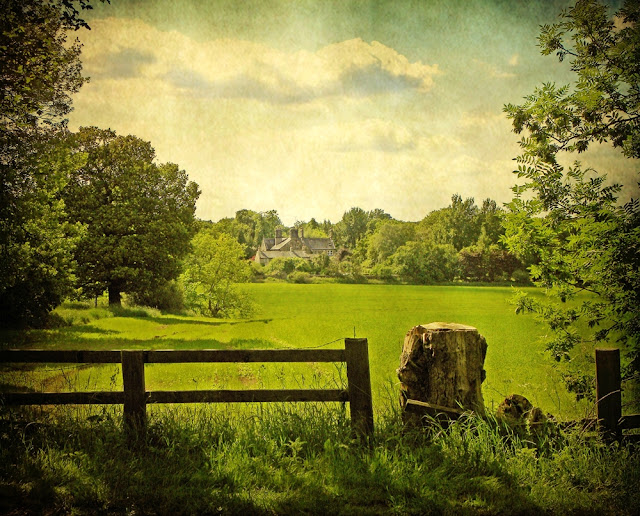 I took the photo in Adel, a suburb in North Leeds, not far from where I live, on a beautiful June day back in 2010. It dates back to the time when I was still relatively new to using textures in Photoshop post processing. The scene can be seen near Adel Church from the road leading to it. There are beautiful countryside walks around this spot and surrounding areas including Golden Acre Park. The most attractive landmark is probably York Gate Garden which sits near the church. It is an inspirational garden run by Perennial, a horticulture charity, open to the public on certain days April - October. I have not been for a couple of years now, and am looking forward to going there again when it opens this spring. And this sale has motivated me to go for another nice photography walk around this very pleasant part of my town.