I should be going out and taking photos of leaves turning most beautiful colours but I still have quite a few photos from my visit to Zagreb back in September to processes and share. Like last year, my photographer friend Jasenka https://www.facebook.com/pages/Jasenka-Arbanas-Photography/513499128682849?hc_location=stream and I had a day together in Turopolje where she lives with her lovely family. They have a big house, a farm and a large allotment a short distance away. I loved having a look around and admired hugely everything I saw. We had a most tasty lunch prepared by her hubby of literally everything home grown and home made including the bread. I had to force myself to stop eating! Then we sat at the computer looking at our photos and discussing some editing techniques. After the afternoon coffee we went out with our cameras and drove to Dubranec - a rare old and preserved village where Jasenka's father was born. The light was fading rapidly and we did not have a lot of time but the village is so picturesque you only need minutes to take some very interesting shots. Oh what a day! I felt, and still do, so grateful and blessed! 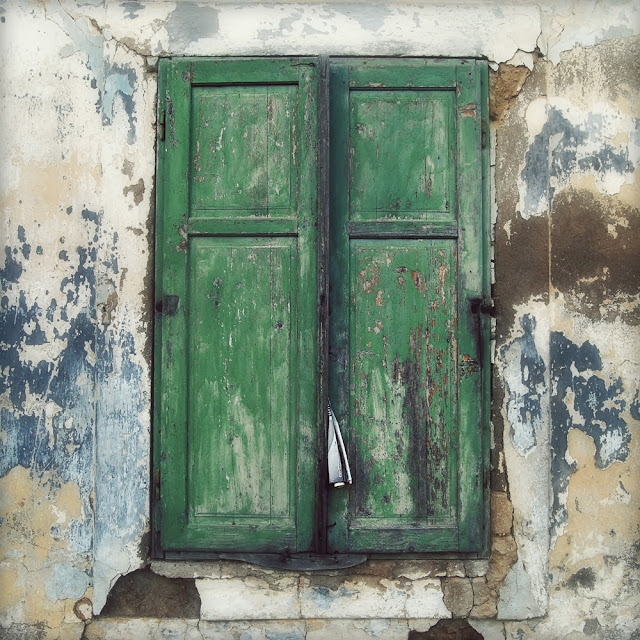 It has been a while since I shot a true still life. Autumn with its lively red and yellow colour shades is irresistible for me, just like for most photographers. I love rose-hip at this time of year and the fact that it is so easily accessible for me growing in the car park outside my house makes it a must to use in a still life. Its spindly wild look calls for a wide top receptacle to present it in an interesting way and this time I thought of the old small copper coal scuttle I picked up for a pound at a car boot sale. The white enamel jug with dried lavender in it that sits on a tiny wooden table in the corner of my dining room came as an exciting addition. And a couple of red apples and a few supermarket bought physalis rounded up the the early autumn theme.

Another shot I took on the route to work. In fact, I very rarely take photos on my way to or fro work but just keep my eyes open for scenes I normally go back to photograph on my day off. There are a few fields with cows and sheep grazing on them, and this particular field is very convenient as it lies next to a pub car park. It is also on a higher ground then the road where I was standing and that  made it easy for me to get a viewpoint with the cows standing right on the horizon against a big expanse of sky. I took quite a few shots as I wanted at least two to three cows to look at the camera. This was the best shot as far as the cows were concerned. However, it did not have enough sky space since I wanted the sky to take up about two thirds of the frame, so I added a bit of sky in Photoshop. Then as usual, I applied textures in processing.

This image was inspired by my favourite rural photographer Jamie Heiden:
http://www.flickr.com/photos/jamieheiden/with/9264356880/ 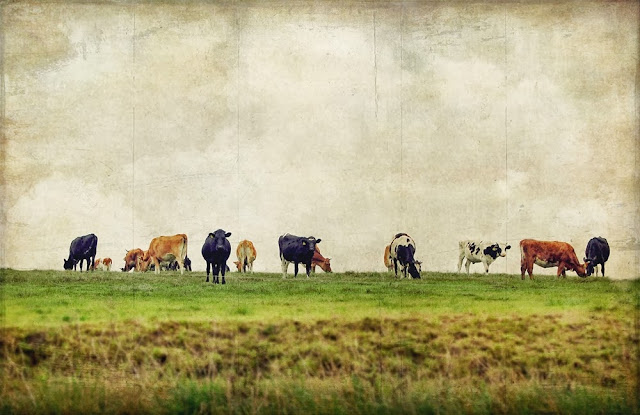 Email ThisBlogThis!Share to TwitterShare to FacebookShare to Pinterest
Labels: animals

I was taking photos outside Melin, a trendy bar up in the Zagreb Old Town when I young, good-looking man approached me and started talking to me in English. I told him in Croatian I was not a tourist even though I may look like one (and often feel like that these days!) He turned out to be one of the Melin bosses and invited me in for a coffee. He and his two mates had recently taken over the bar and had completely changed the interior. It looked stunning with a lot of vintage detail. There were quite a few 70s TV sets around being used for various purposes. Some of them were put on a stand and paired with stools to use as a place for putting down drinks. Unfortunately, the light was way to low for any hand held photography and I don't like flash so this is the only image I took that I am pleased with.