It was a beautiful, although a very cold day on Monday. I was off work so decided to go to Golden Acre park to see if I can capture early traces of upcoming spring. We must have had a long and harsh winter as there were no crocuses in sight yet but there were quite a few clusters of lovely delicate snowdrops. Also I was pleasantly surprised to come across this tree already in bloom. It must be the very earliest blossoming tree of all. It had a very grassy smell around it and I was fascinated by its unusual branches. I was looking for a nice branch on which I could get an angle with snowdrops in the background. It was not easy but in the end I got a shot I wanted.  I gave the images dreamy post processing treatment which I thought went well with a sense of early spring awakening.

Email ThisBlogThis!Share to TwitterShare to FacebookShare to Pinterest
Labels: nature

I am not the sort of person who celebrates anything very much but I do believe love should be celebrated. So unlike many cynics, I have nothing against Valentine's Day. Even more so because it gives me a special theme for a still life image. I know it's not very romantic but I told my darling Graeme I would be buying my own roses as I needed them well before the day. I wanted to make a Victorian looking still life and already knew what other elements of the image would be: a twig garland with a cloth love heart my dear friend Liz, who has a birthday on Valentine's Day, bought me a few years ago; a brass candle stick and an antique bottle and two glasses set from my dining room dresser. I am quite happy with the result although I understand some viewers may find it a bit too sentimental.

It's February already and time to think about booking my this year's flight to Zagreb. And also time to plan what I am going to shoot while there. Here are some photos I took last year on a day out with my photographer friend, Jasenka. She lives in a beautiful rural part of north-west Croatia, just outside Zagreb, called Turopolje, and kindly suggested she took me around on a photo trip. It was one of the most exciting, beautiful and memorable days of my life. We ended the day by a lovely dinner of stuffed peppers Croatian style cooked for us by her hubby and some home made wine. I also had the pleasure of meeting her two lovely children. Please, God, can I have some more days like that in my life?!

The first two photos are of Kurija Modic Bedekovic (English name according to Google Curia Modic-versity). It is a wooden manor house built at the beginning of 19th centuries and it is still in the same familly. More recently it was the home of twin sisters Vilma and Milka who were both artist.

Next photo shows the interior of another wooden architecture piece of work, St. Barbara's Church, from 17th century. 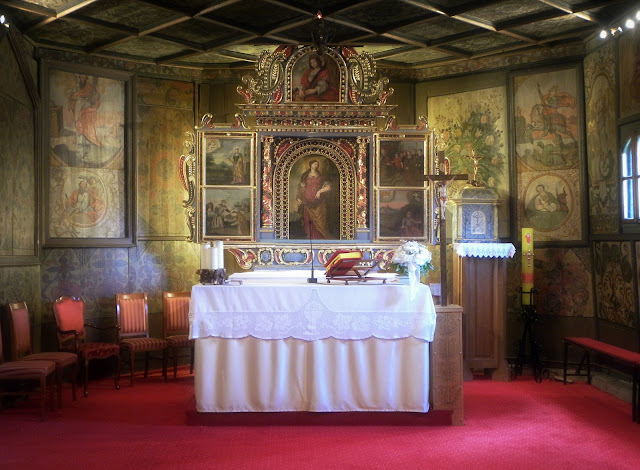 A short distance away in the middle of a large field, close to the Zagreb airport, lies the Chapel of the Wounded Christ. It was also made of wood, in the second half of 18th century. 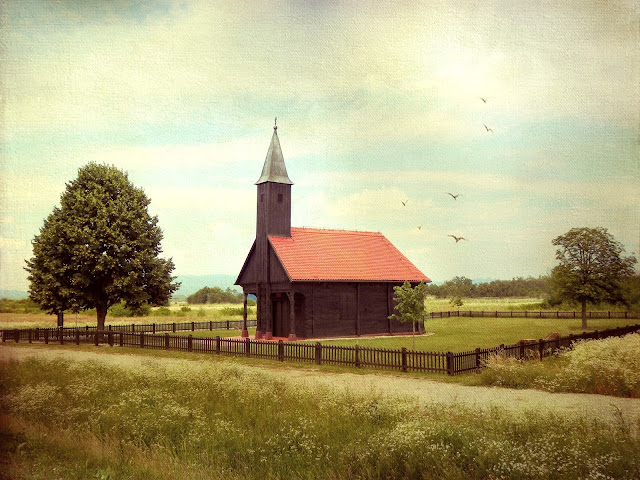 Our last stop was Castle Lukavec. It was originally wooden as well, and was built to defend Turopolje from
the Ottoman invasion in Croatia. The exact year of its construction is unknown. Today's baroque style castle was built in 1755. 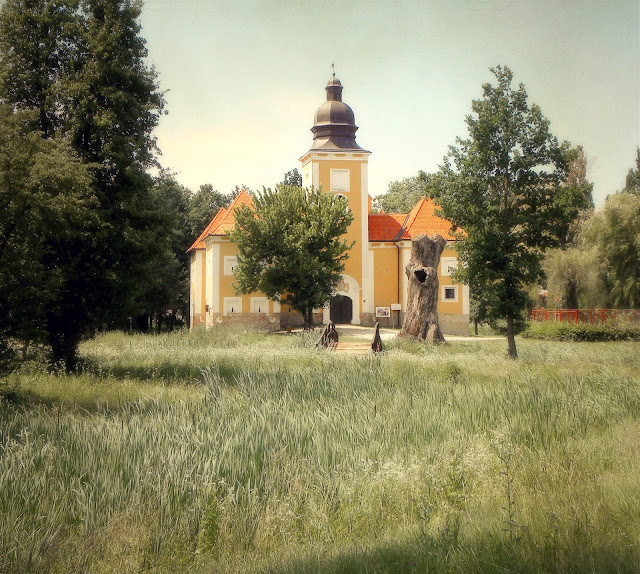 About two hundred yards away from the castle a little surprise was awaiting us. From a distance we saw a group of women and a beautiful flower display on the edge of woodland, next to a wooden footbridge. Curious we headed in that direction and found a small flower arrangements firm were having an advertising photo shoot for weddings. We were totally bowled over by the scene and, of course, wanted to take pictures ourselves. They were kind and generous enough to let us go ahead. All they asked for was not to publish the photos before the date they planned on publishing theirs! 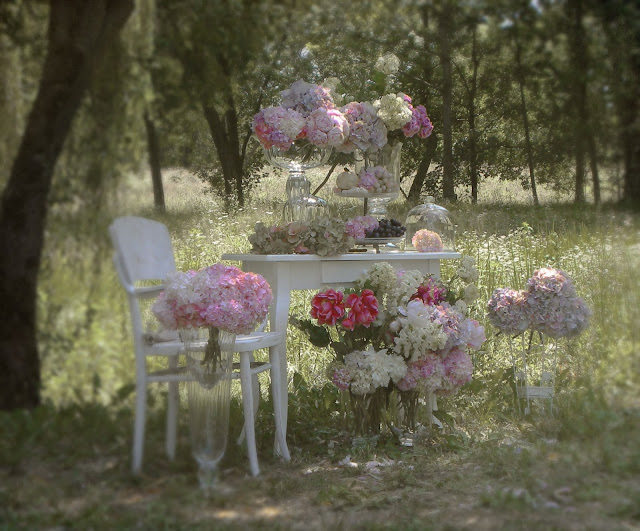