Oakwell Hall is one of the nearest Brontë related places to my home. It is also one of my favourite ones due to the fact there is so much to enjoy around it; the fascinating historic manor house, beautiful gardens and over a 100 acres of country park, all coupled with the fact that Charlotte Brontë also enjoyed this place in her life time.

Oakwell Hall was built in the 16th century by the Batt family, and today it is a living museum featuring a home as it was to the Batt family at the end of the 17th century.

In the 19th century the Hall used to be a boarding school for girls run by various families. Charlotte Brontë, the celebrated Victorian novelist, knew one of the Cockill girls who lived at the Hall from 1830 - 1865 and whose mother ran it as a girls' boarding school. Charlotte's best friend Ellen Nussey lived in the same village, Birstall, and it is believed that the two friends visited the Hall together in 1830s.
Charlotte was so inspired by Oakwell Hall that she featured it in her novel "Shirley" under the name of "Fieldhead", as the home of the heroine, incorporating things that can still be seen in the house today.
Posted by Vesna Armstrong at 06:36 No comments:

Oakwell Hall at nearby Birstall never fails to regale me with new images. Here are some inspired b&w  interior shots and still life I found in the beautiful 17th century home, now a museum, last week. 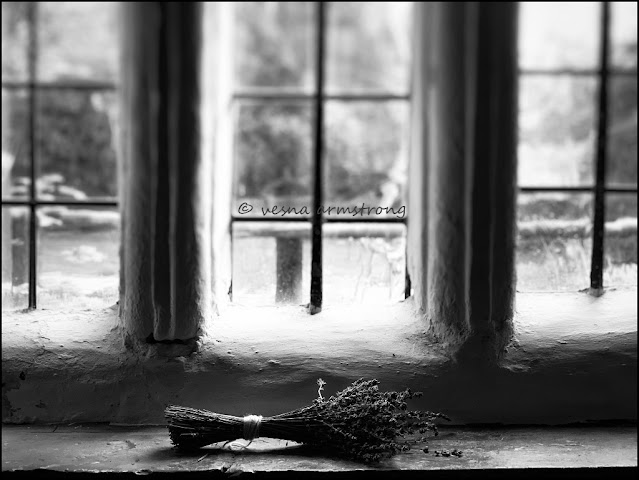 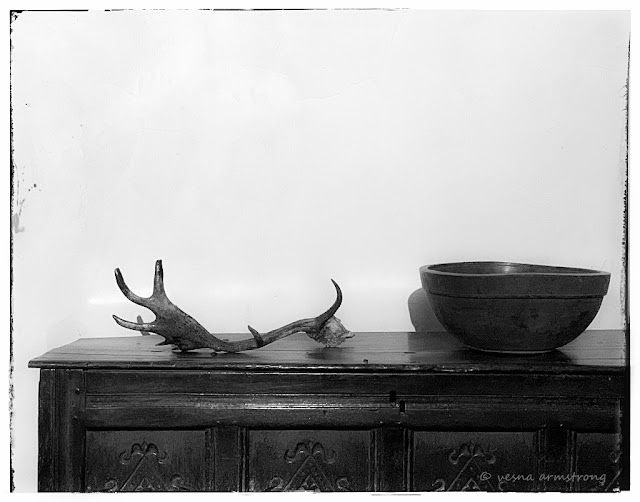 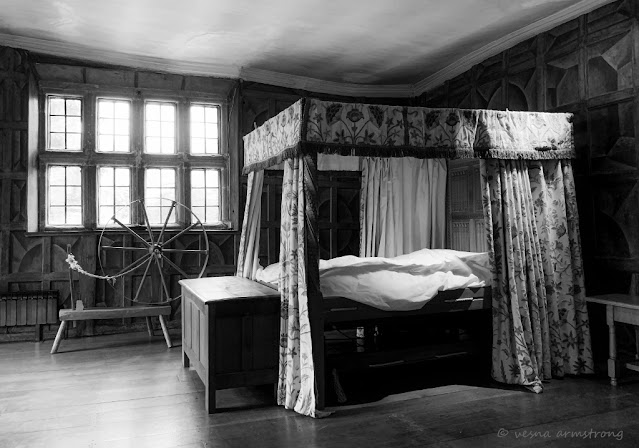 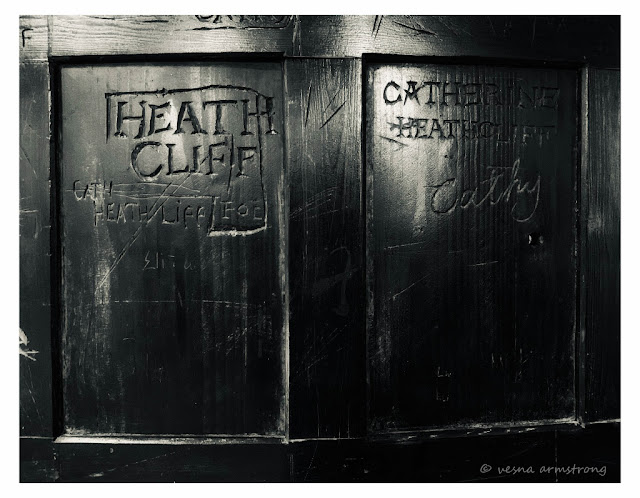 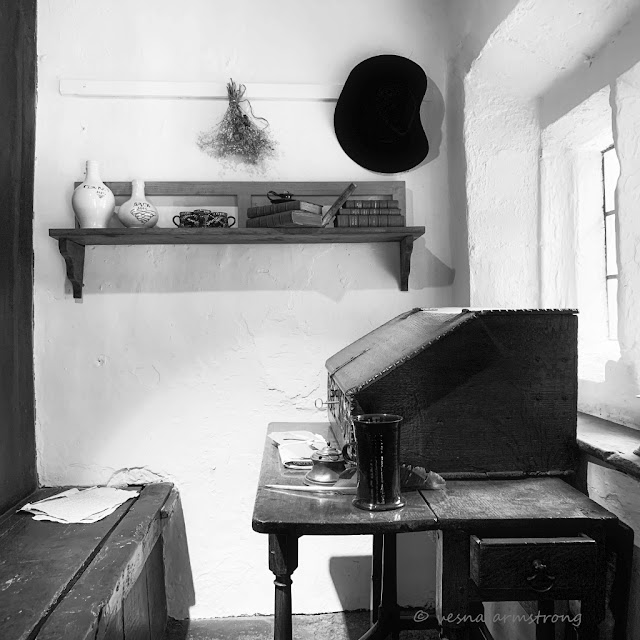 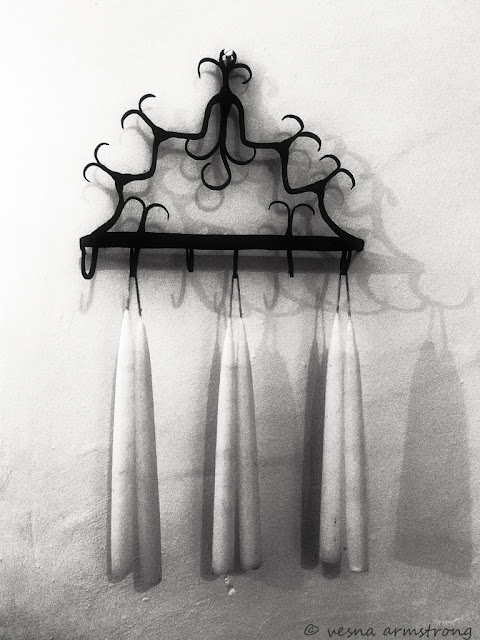 "I'm so glad I live in a world where there are Octobers." 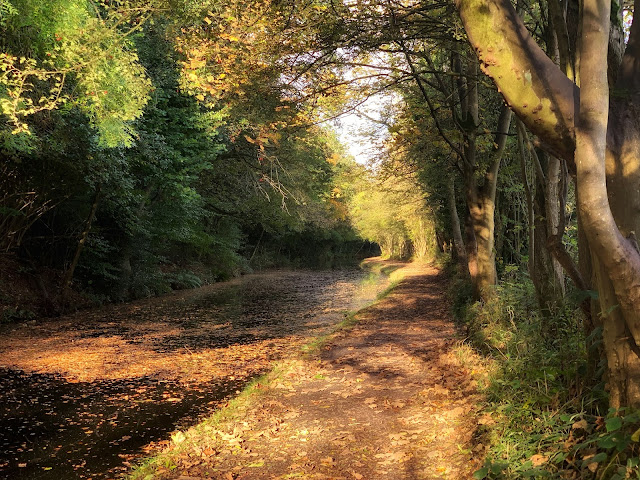 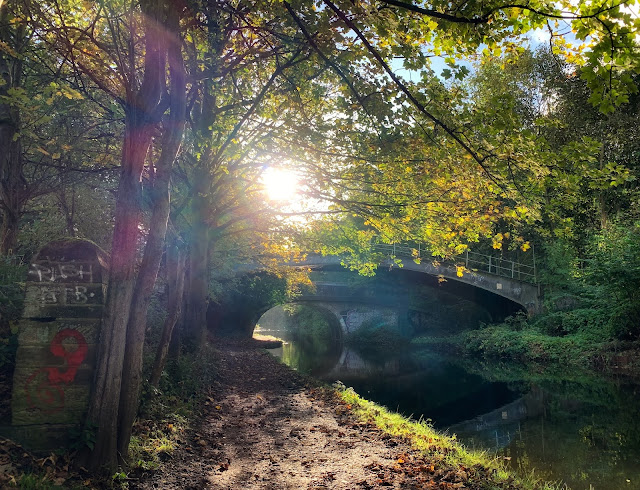 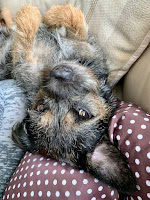 Posted by Vesna Armstrong at 05:21 No comments: 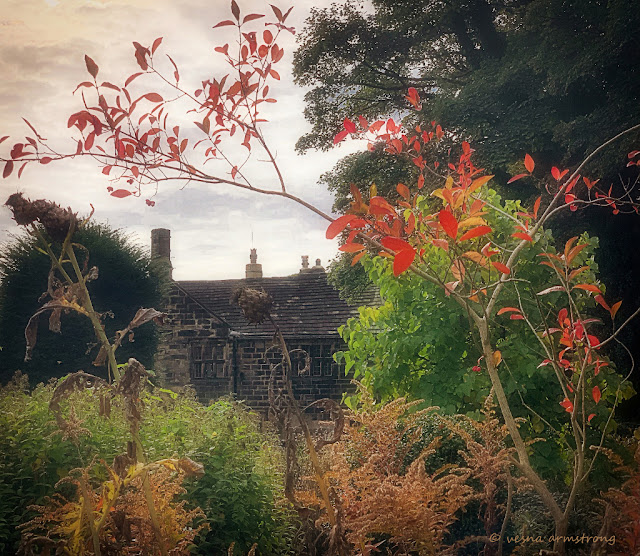 “The Autumn day its course has run – the Autumn evening falls,Already risen the Autumn moon gleams quiet on these walls,And Twilight to my lonely house a silent guest is come,In mask of gloom through every room she passes dusk and dumb.Her veil is spread, her shadow shed o’er stair and chamber void,And now I feel her presence steal even to my lone fireside,Sit silent Nun – sit there and be,Comrade and Confidant to me.”

Posted by Vesna Armstrong at 03:31 No comments:

“Fall, leaves, fall; die, flowers, away;Lengthen night and shorten day;Every leaf speaks bliss to meFluttering from the autumn tree.I shall smile when wreaths of snowBlossom where the rose should grow;I shall sing when night’s decayUshers in a drearier day.” 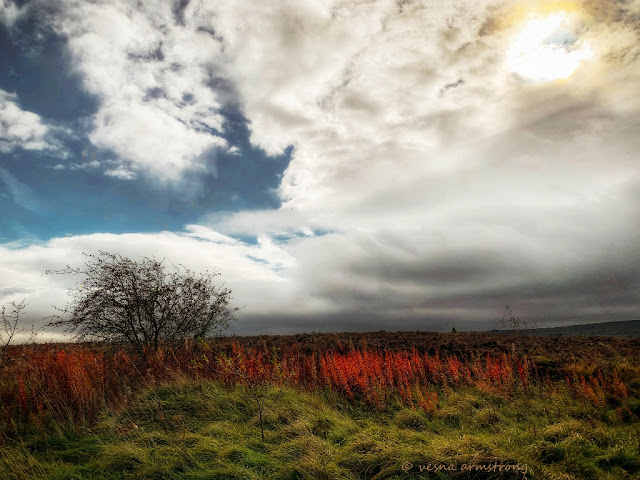