Just a quick post this morning to mark my birthday. These roses were given to me by my G a little while ago. They are no more, but the photo remains..... 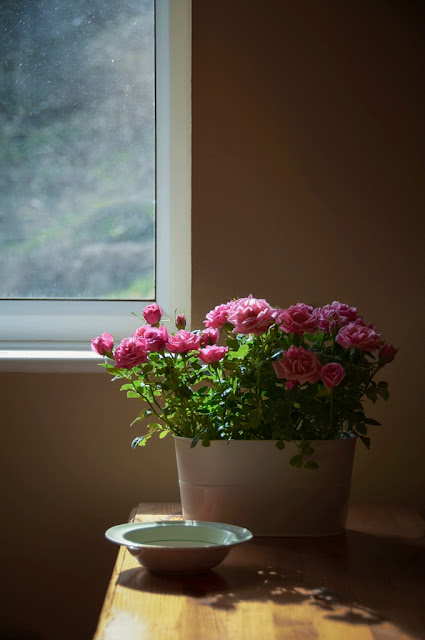 "Awake to new life with the coming of spring,
When the lark is aloft with its fetterless wing;
When the thorns and the woodbine are bursting with buds,
And the throstle is heard in the depth of the woods;
When the verdure grows bright, where the rivulets run,
And the primrose and daisy look up to the sun;
When the iris of April expands o'er the plain,
And a blessing comes down in the drops of the rain"


It is fair to say that last week saw most intense hard work I have ever done in my working life.  Although it was gratifying as well I must admit that by the end of the week I was in great need of a good rest. So when I saw I had now two days off Haworth immediately sprang to my mind. Saturday lunch time after work I quickly stuffed my rucksack with a change of clothes and headed for my heaven on earth place.
I didn't have any plans other than staying a couple of nights. This time for a change I was just going to do whatever my heart told me to do at a given moment. But, one thing I was sure to do and that was take photos, of course.
I arrived to a beautiful, warm and sunny afternoon - first real spring day this year. I spent a couple of  hours just pottering around and having a glass of wine in my favourite pub while waiting for the golden hour. And then I walked over to the Brontë Parsonage, Haworth church and the graveyard.


The following morning I woke up at 6:30 (trying to convert to an early riser!).  It just got light and there was a mist shrouding the old stone houses, obscuring the distance and creating that mystic and atmospheric ambience. It is not often that I get a chance to be in Haworth on an early misty morning, so I quickly got dressed, grabbed my camera and was back in the Parsonage graveyard,  exactly twelve hours after my previous visit.
Apart from a gentleman coming out of John Brown's house I never saw anyone, and the only sound I heard was the usual cawing of crows.


I took another couple of images which, although taken in Haworth, are not intrinsic to Haworth by their composition or subject matter. I am thinking of processing these images in black & white, and as they are different in character to the ones I have published here I will blog about these images in a separate post.

The day before yesterday I received  a Trevillion Images sales statement with a great new book cover on it. Thank you, Trevillion! 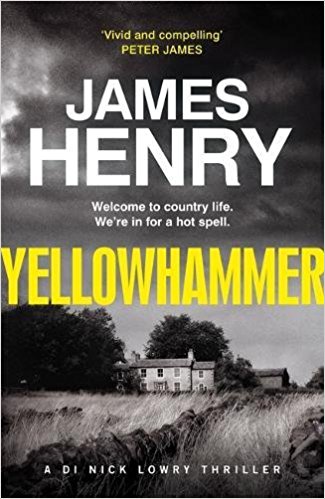 The book is written by two English authors working as a team on detective novels under the pen name of James Henry. The authors are James Gurbutt and Henry Sutton. "Yellowhammer" is their latest novel, to be released in July this year. 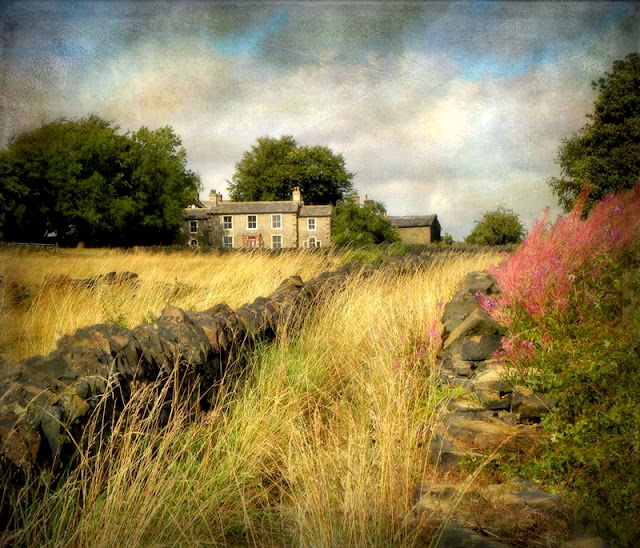 "Yellowhammer" is the third different title book cover this image of mine has been used for and the sixth time license has been bought for this image to be used as a book cover. You can see how it was used in the past here, here and here.

The interesting thing is that with "Yellowhammer" the image was turned into black & white for the first time. And it comes at a time when I have been thinking of creating some black & white photos again.
When I first took up photography back in 1987 I was shooting b&w film only and was not interested in colour at all. Then, with digital age, I turned to colour simply because b&w images seemed to look nowhere near as good as those shot on film. But now, with my postprocessing skills improved and the fact that my sole interest and intention in photography is to convey or create mood, I am toying with the idea of trying my hand at some black & white again. And it looks as if this new b&w book cover is telling me "go for it"!

Posted by Vesna Armstrong at 04:10 No comments:

As I write this it's wet and windy out there; but I have seen colourful crocuses, primroses and daffodils cheerfully dotted around and my favourite camellia in its luscious bloom; trees are starting to bud up and days are longer and brighter; spring is finally upon us!... And it's Easter time! I love Easter! It is such an uplifting holiday.... a religious one, but for me also a celebration of the arrival of spring, the most longed for seasons of all.
Every year, as part of my Easter celebrations, I endeavour to create a festive still life image. 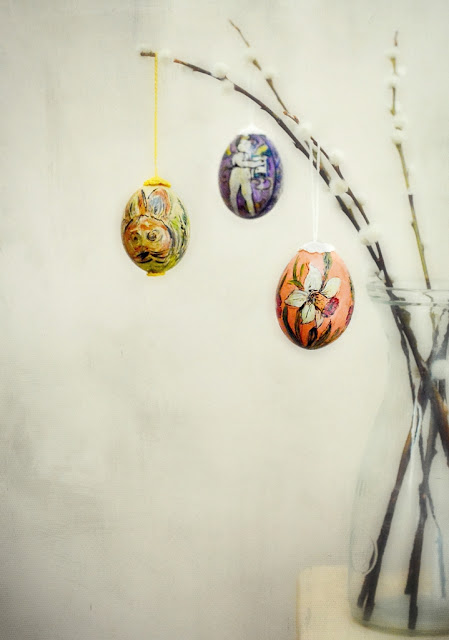 I have had these wondrous, decorative eggs for quite a few years. They were given to me by my Croatian friend's late mother, who in turn were given the eggs by a friend that painted them. I have never seen Easter eggs like these; they are unique and so skillfully and beautifully made. I have long thought of using them for my Easter still life, but somehow other ideas tended to prevail. Until this year!!
The eggs are so eye catching and interesting that a most simple and obvious composition suffices. A subtle texture use in postprocessing adds my ever favoured soft, painterly, vintage look.