A Stay at Ponden Hall, Haworth

Friday, 16 October was one of the most memorable days of my life. G and I stayed at the wonderful Ponden Hall, a 17th century house with lots of Bronte family connections. It is situated above the Ponden Reservoir, in my beloved Bronte Country. It is a private home but the owners Julie and Steve generously decided to open three rooms for bed and breakfast over a year ago.

G and I arrived to Haworth very excited about 12:30. It was too early to go and check in so we had lunch in the "Cobbles and Clay" and wandered around a couple of shops before we made our way up to the Hall. I had met Julie before when I went for a "Tour and Tea" she organizes for those wishing to just have a look around the house rather than stay. And yet I did not expect us to be regaled on arrival with tea and home made Victoria sponge. It is not what you normally get when you check in to a B&B and is just one of  many kind things the lovely hosts do for their guests.

After a good chat during which we felt like we have known Julie and Steve for a long time we went to our marvellous room called the Earnshaw room. It is named after Catherine Earnshaw, the heroine of the "Wuthering Hights" novel, because it features the window which is believed to be the model for the window in Emily's book at which Cathy's ghosts appears asking to be let in. A while ago Julie and Steve had had a boxed bed made around the window that resembles the one Emily describes in her book. And it is these fascinating features of the room that made me decide I must stay in the room and sleep in the box bed. Of course, there are other things that give the room its irresistible, charming character like mullioned windows, log burner that was lit for us before we arrived, period furniture and breathtaking views over the reservoir. 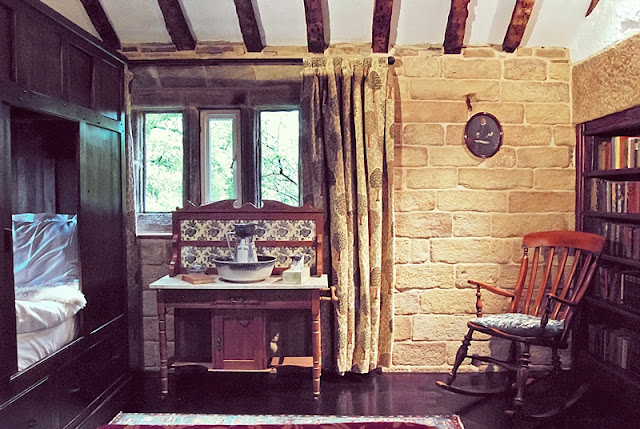 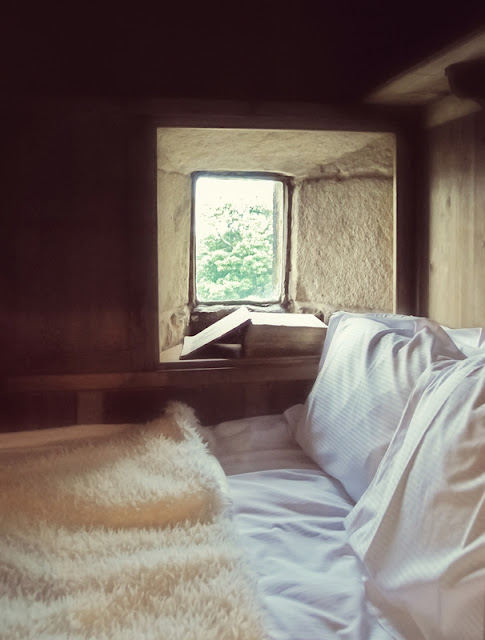 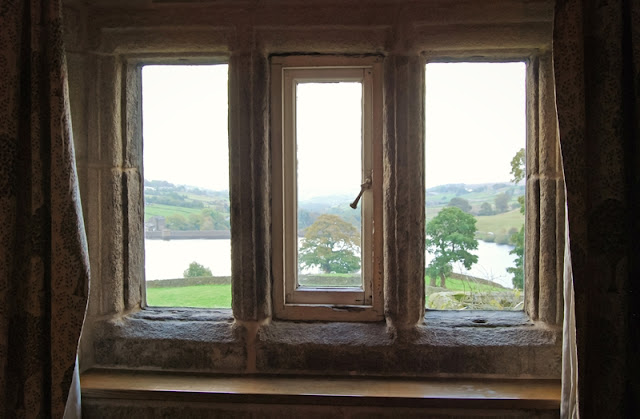 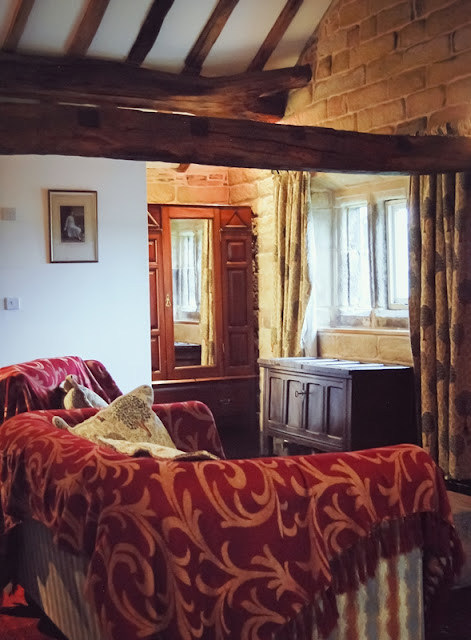 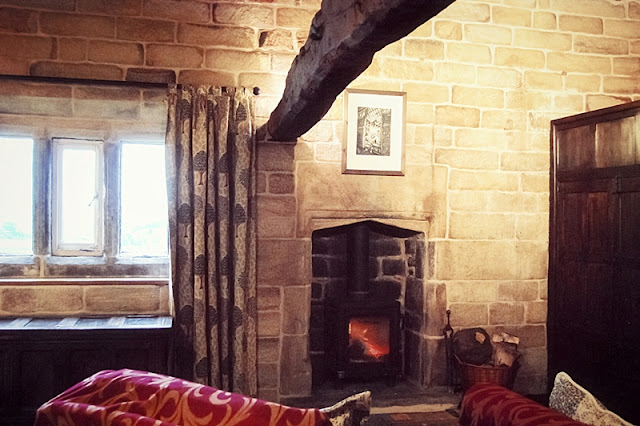 By now it was already past four o'clock in the afternoon and the light was fading fast. This was the time I had to take my photos. I needed to work quickly, so using the tripod was out of question. I pushed the ISO settting in my camera to 1600 which allowed me to shoot at shutter speeds just fast enough to avoid blurry shots due to camera shake. I had to leave the room lights on to help me with the amount of light I had on my hands. The lighting in my photos is a mixture of available and artificial light which is not a conventional type of lighting at all but I do like it as it conveys the cosy atmosphere of the early evening in the room. For me it is also a precious record of the room as it was at the time I stayed in it.

In the evening we went for a meal to The Old Silent Inn . What an amazing and fascinating country pub this is! It is said to be haunted by several ghosts and it was fittingly and lavishly decorated for the upcoming Halloween season. The food was first class, really delicious.
While we were out Steve had thrown a few more logs into the burner so the room was lovely and toasty when we got back. We relaxed in front of the fire and I read a few random pages of "Wuthering Heights".
I woke up in the middle of the night to look at the Cathy's window inside our cosy box bed. I sat up and peered through the small pane. There was a faint light in which a shadow of a small branch with leaves was bobbing up and down in the frame. I waited.....but that was it.....no ghost..... I saw nothing scary.

In the morning we rose to an inviting smell of fried bacon wafting up from the kitchen where Julie was preparing our breakfast. We ate it in the beautiful Hall, at the huge oak table that once served for cloth cutting ( the ancient Hall tenants were cloth merchants). It was one of the heartiest, yummiest English breakfasts we have ever had, clearly made with love and care. At the table we met a nice couple from Essex, staying at the Giddings Room. For G and me it was soon time to leave. But not for good. I shall most certainly be back to see again this gorgeous place and our new friends, Julie and Steve. 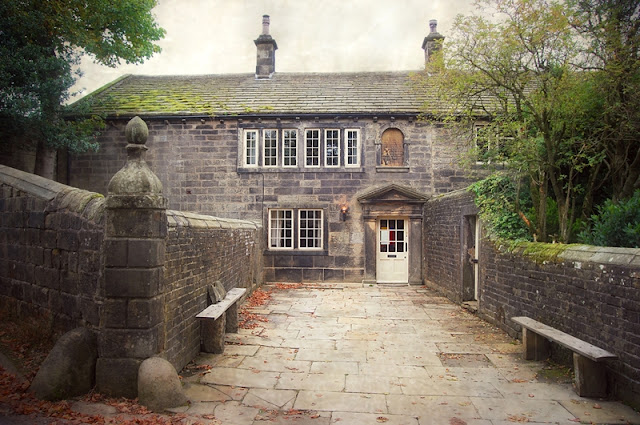 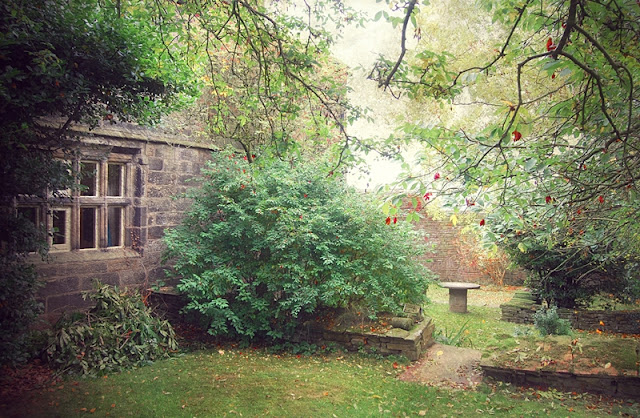 A few shots of the outside of the house (I was lucky there happened to be no cars parked there as we were leaving) and of a very pretty walled front garden looking so charming in its autumn edition, and we were on our way back to Haworth, very happy and filled with most pleasant impressions we will always cherish.