In the past, when I was in my beloved native town of Zagreb, I would take as many photos as possible of everything and anything. I would come back to England with hundreds and hundreds of random images, which would just sit (and still sit!) on an external computer drive. There was just too many of them to organize in any sort of way or edit for that matter. This year I thought I would do something more sensible and coherent with my photography in Zagreb; I thought I would start working according to a theme; I would only take pictures on a chosen subject or place which would also form material for a blog post. That way I was going to be free of that frantic feeling by which I had to go different places to take as many photos as possible, and in turn I would be able to spend more relaxed, quality time with my family and friends.
For a start I chose a theme that is very familiar to the people of Zagreb; a subject that every Zagreb photographer must have tried their hand at - Zagreb's Old (Upper) Town courtyards. I thought I'd put in my own contribution to the existing images of these distinctive architectural creations.
To reach one of the courtyards you usually enter a big, wooden arched gate from the street. Typically, between the gate and the courtyard there is a vestibule with a staircase (on each side) leading to the upper floors of the building. The courtyards exude character and charm and all have a story to tell. 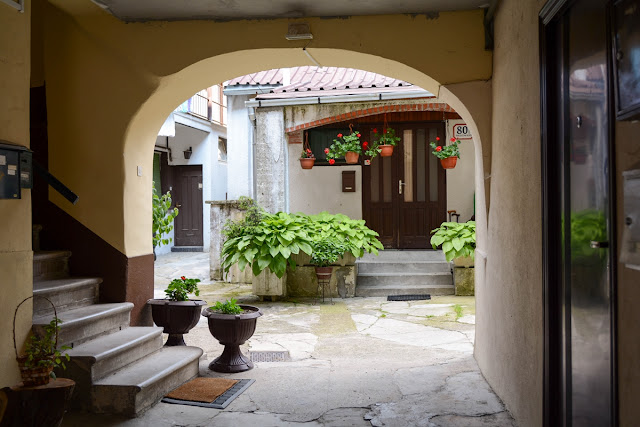 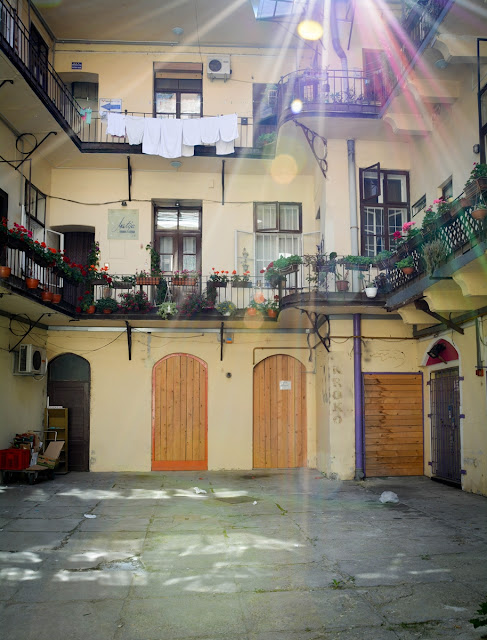 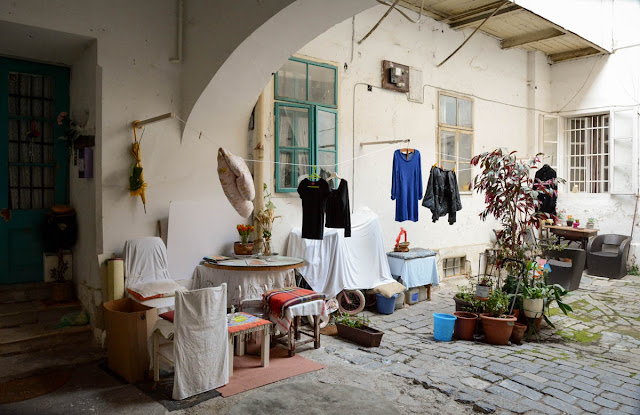 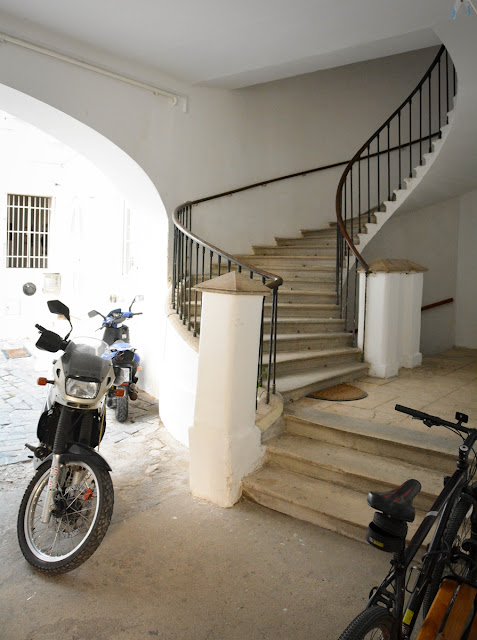 The staircase belongs to the courtyard above.

The ancient and quaint nature of the courtyards made me experiment for a first time with some Lightroom presets.... 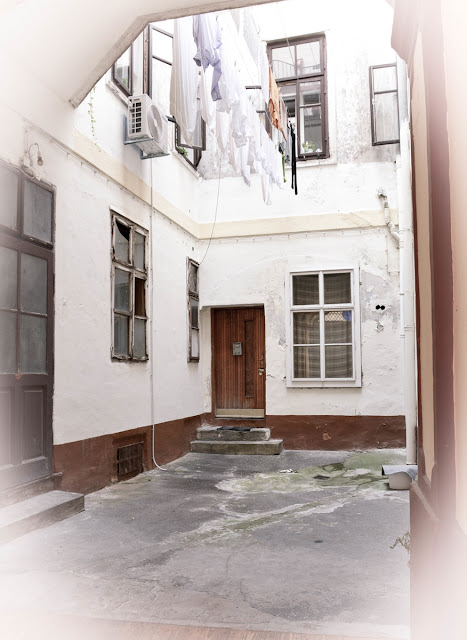 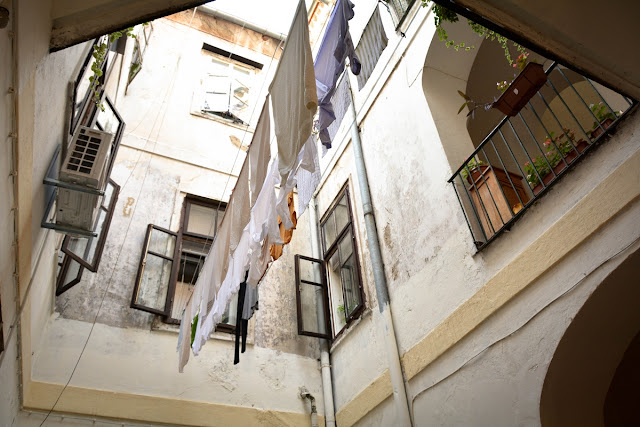 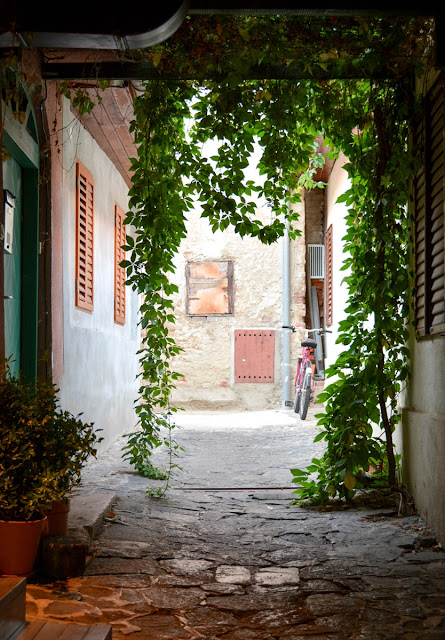 The vestibule of the lovely restaurant called "The Witch". The entrance to the restaurant is to the left, and there is also a very pleasant outside eating area across the road from the gate. I have lovely memories of dining here with one of my oldest and very dear Zagreb friends. 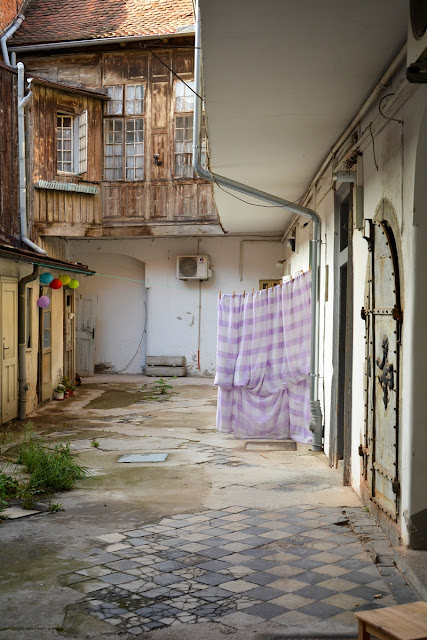 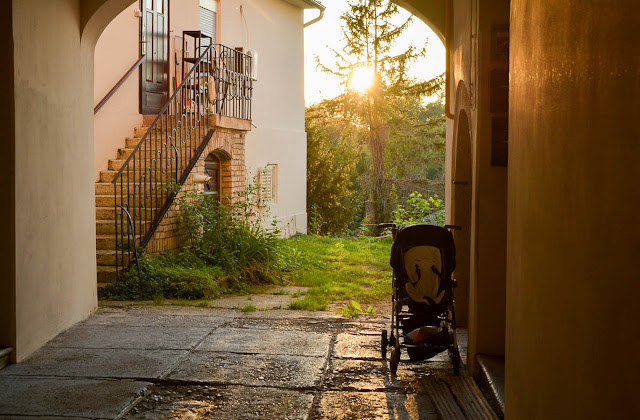 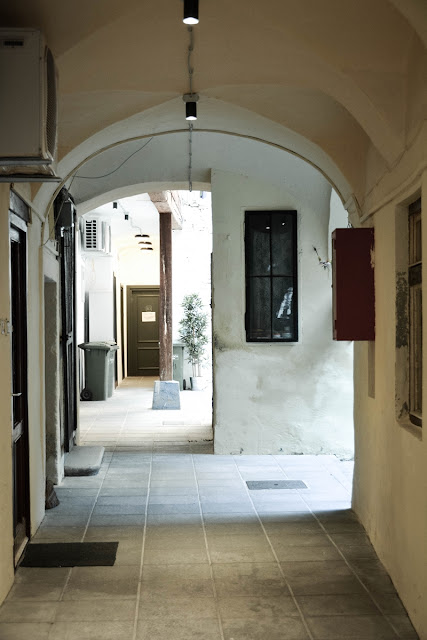 This is the site of an old Zagreb beer inn (1721-1848) where theatre shows took place as well as public dances. There are two small courtyards here...... 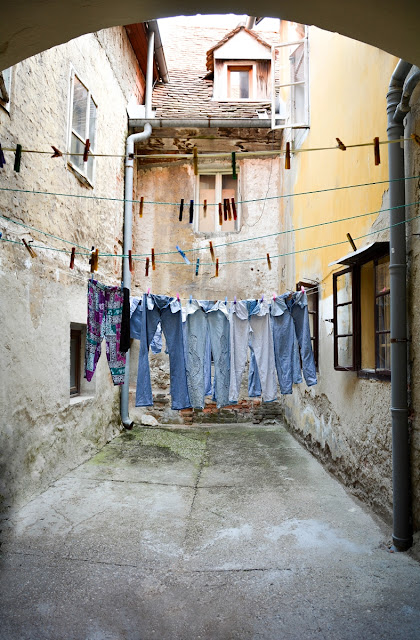 .........one of which is this one. This is my favourite image for a couple of reasons: I like the composition, setting, colours and the vitality of the image; I didn't know about this courtyard and I came across and discovered it by myself; oh, and I like those jeans a lot, particularly the ones with the lace front!

In recent years Zagreb has been organizing an annual event around some of these historic courtyards. Selected courtyards, mainly those recently renewed and belonging to manor houses where Zagreb aristocracy or influential people of the past lived, become meeting places where you can have a drink, a bite to eat and listen to live music. 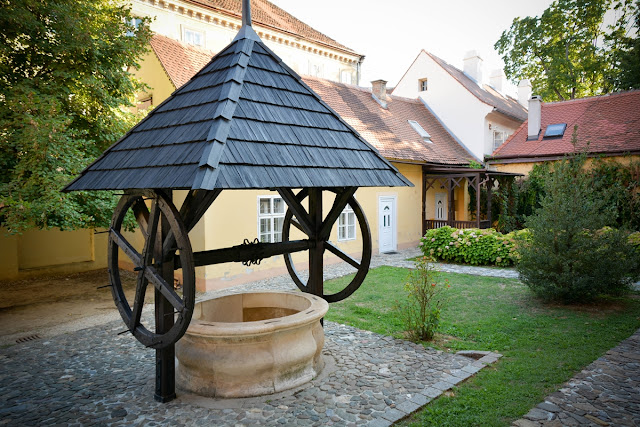 This is the courtyard of the baroque Balbi family manor house which is now the Slavonic Institute. It features a beautiful old well, the only existing one in the Old Zagreb Town. The last private owner of the house was Baroness Kornelija Balbi known for her exquisite cross-stitch craftwork examples of which are exhibited in the nearby Museum of Zagreb. 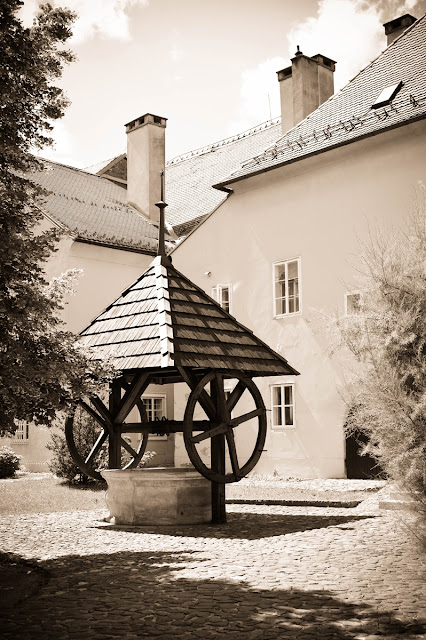 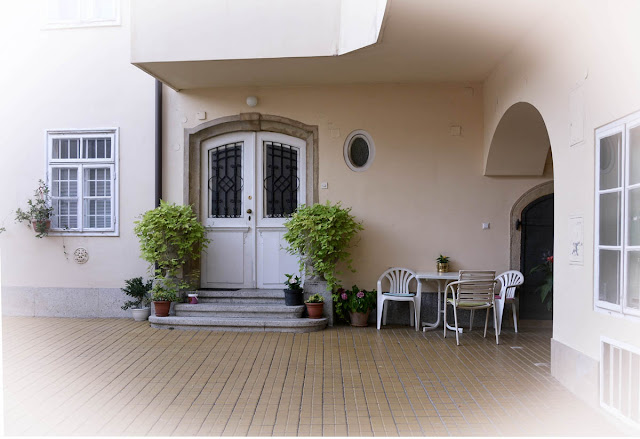 The courtyard of the Gvozdanovic family manor house which is awaiting reconstruction at the moment. At the beginning of the 20th century the house was the venue of many stately receptions, concerts, balls and garden parties. 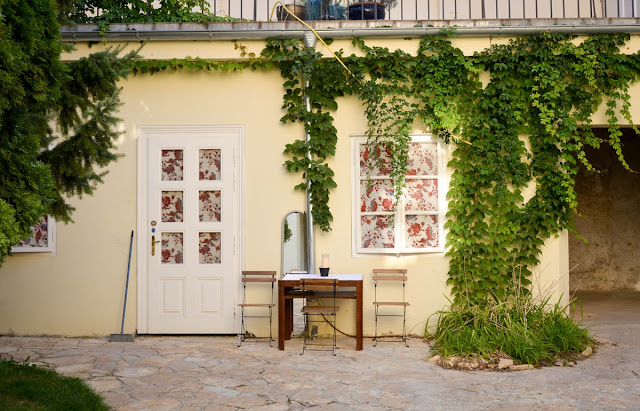 The famous courtyard where the cult Croatian movie "Tko pjeva zlo ne misli" ("Who Sings Means Well") was filmed. The movie is said to be the "most Zagrebian" movie ever made. 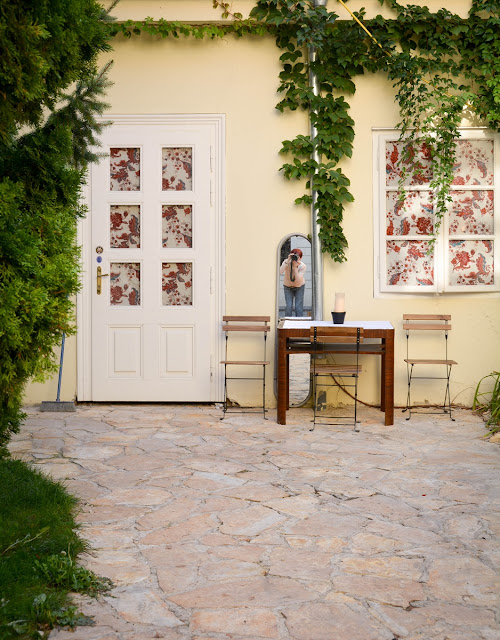 I could not resist a little mirror reflection selfie :) 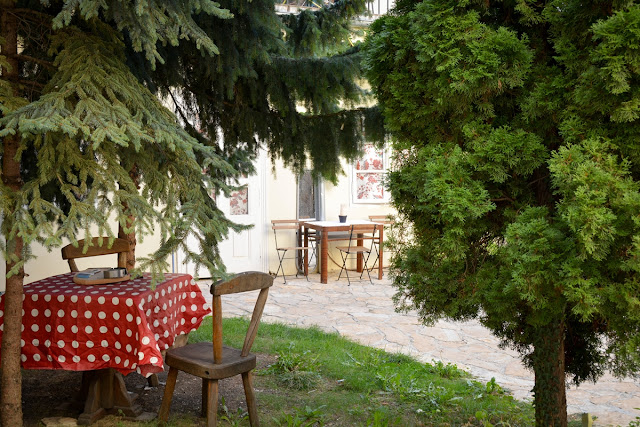 The Zagreb Courtyards Event takes place in July and it makes for a great summer night out. I am not a fan of a very hot weather, so I usually avoid going to Zagreb in July, but next year I may do just to experience this unique and inviting happening, as well as the courtyards which are only open to the public during the ten day event.